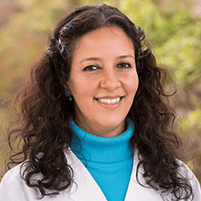 An estimated 5.7 million Americans live with dementia, a neurodegenerative disease that affects your brain and currently has no cure. At North Texas Neurology & Neuropathy in Allen, Texas, Devanshi Gupta, MD, FAAN, FAANEM specializes in neurology and electrodiagnostic medicine. Dr. Gupta offers neuromuscular testing and treatment therapies for men and women living with neurodegenerative diseases. Call or request an appointment online to learn about the latest treatments to help slow the progression of these conditions.

What are neurodegenerative diseases?

Neurodegenerative diseases encompass a variety of conditions in which the neurons in your brain no longer function as they should. Since neurons provide a foundation for the nervous system, including your brain and spinal cord, they are critical elements that allow your brain and nervous system to perform optimally. When they become damaged or die, your body doesn’t replace them by generating new neurons.

Some of the most common neurodegenerative diseases are:

These disorders often cause problems with motor skills or muscular function, coordination as well as memory issues and confusion.

How is dementia different from Alzheimer’s disease?

Dementia is a varied group of disorders that cause symptoms that affect memory and the ability to solve problems or control your own emotions; Alzheimer’s disease is the most common form of dementia. Dementia affects three areas of the brain: language, memory, and decision-making.

Men and women who suffer from Alzheimer’s typically experience symptoms such as:

As Alzheimer’s advances and brain cells continue to die, symptoms can become pronounced.

What is vascular dementia?

Vascular dementia is the second most common type of dementia and it’s caused by insufficient blood flow to your brain, which can occur as a result of age but may also be related to stroke or atherosclerosis.

Some signs of vascular dementia include confusion and feelings of disorientation. Some dementing illnesses may also cause vision problems or hallucinations.

How are neurodegenerative diseases treated?

Since neurodegenerative diseases often have no cure, Dr. Gupta focuses her treatment on slowing the disease process, controlling symptoms and improving your quality of life. She also offers state-of-the-art diagnostic testing so she can accurately assess and treat the specific condition, which occasionally is treatable.

She creates an individualized treatment plan, and her caring staff provides a compassionate environment to ensure the highest standards of quality health care for patients with dementia.

To learn about treatment options and diagnostic testing, call the office or request an appointment online.